Wenchy asked me to join her at a #girlfriendgetaway evening at Ster Kinekor on Wednesday evening. I must be honest, and say that I had so much work to do that I was actually not looking forward to it much… I should really have stayed at home to edit!

A Girlfriends Getaway event is all about girls. No men are allowed to book tickets for the show. The idea is that you go with your girlfriends, see a chick flick, get a gift… and have a girly evening out. It was awesome seeing Wenchy and Angel again, I haven’t seen them in ages!

“College sweethearts Greta (Keira Knightley) and Dave (Adam Levine) are songwriting partners who move to New York after he lands a deal with a major label. When he strays, heartbroken Greta considers moving back home to Britain.Before she leaves, she’s spotted on stage by a down-on-his-luck record producer (Mark Ruffalo) who recognizes her musical talent and opens up an entire world of possibility for both of them.”

Would I go to a Girlfriend Getaway event again? Not sure. It’s really awesome to have a girls night out and see a movie that husbands wouldn’t be keen on. If you’re going for the gift however, don’t bother… a box of tampons, bubble bath, shower gel and an old magazine (from August) is not my idea of a worthwhile hamper.

Would I recommend the movie? Hell yes!! I LOVED it!! And I’ve bought some of the songs now to add my playlists, I absolutely loved the music.

Begin Again is such an awesome story. I was expecting a love story, and I was pleasantly surprised by the way the movie unfolded. It was a bit about love, but it was about a whole load more… and it was a lot about music and the current music scene. I did feel a little cheated at the end though, I felt they could have told more of the end of the story.

A favourite song from the movie has to be this one… I can’t find the official music video, and I liked this version…

I thoroughly enjoyed the evening in the end, and was very glad I went!

My name is Jeanette. I'm a Jozi mom of 2 boys with too many things on my plate. This is my space to try and make sense of all those things and tell stories (with loads of photos) about the places we've been and what we've seen and done.

On boobs and a bit of a boo-boo

I’m Jeanette, known as Jenty online. Mom to a teen and a tween. Also a coffee loving, wine drinking, storytelling photographer who happens to run a bit. 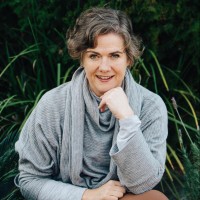